Basiana’s Pig: A tale of Wildlife Conservation, Murder and Redemption from the Solomon Islands 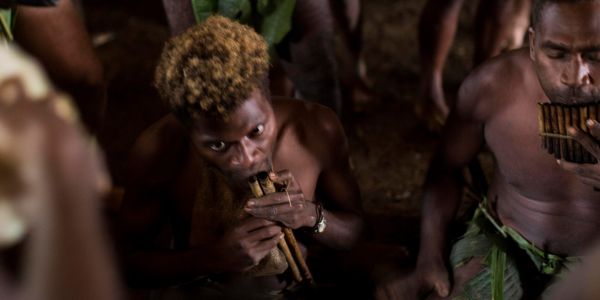 Join us for a special seminar by MSSI Professorial Fellow, Tim Flannery, as he reflects on over 30 years working with the community of Kwaio, in the island of Malaita, Solomon Islands. Interweaving a history of biological and cultural diversity, European colonialisation, and reconciliation, Tim brings a personal perspective to Australia's complex relationship with our Pacific neighbours, and the lessons that we can learn from their resilience and sustainable environmental management practices.

"In 1927 a group of Kwaio men killed 15 heavily armed Europeans and Solomon Islanders who had been sent to Malaita to collect a head tax. In response the Australian government sent the HMAS Adelaide to Malaita, which carried an 'army' bent on extracting revenge. They proved ineffective, so the British armed a group of Malaitans who held grudges against the Kwaio clans that carried out the initial killings. Over 60 men, women and children were killed on the Kwaio side before Basiana, the organiser of the attack, and 6 colleagues, gave themselves up and were hanged by the British at Tulagi. These events set off a series of murders and assaults, including the beheading of an Australian in 2003, that continued for 91 years.

I first visited the Kwaio in 1987, at the invitation of the son of a survivor of the massacre days. I surveyed the mammal fauna, and described several previously unknown, and endangered species. In 2015 I renewed acquaintances and began working with the Kwaio on a community conservation project aimed at preserving the most endangered fauna. By early 2018 I had been informed that those participating in the project were no longer safe, and that if conservation work was to continue, a 'reconciliation' between the Europeans and Kwaio was needed. This is the story of that reconciliation, which occurred early July 2018, and of the impact of the Kwaio community conservation projects." - Tim Flannery