This project involves a critical examination of the political economic dimensions of the New Yangon City development in Myanmar. 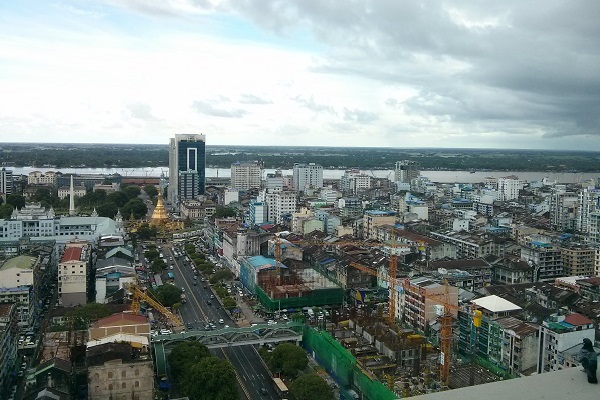 Myanmar is a country at significant risk from the impacts of changing climate conditions caused by increasing concentrations of CO2 in the atmosphere. The majority of the population is rural, pursuing agricultural production in areas already experiencing the effects of climate change impacts. Both drought and flooding are becoming more pronounced, with expectations of increasingly frequent cyclonic events such as Nargis, that in 2008 led to over 138,000 deaths and decimated national rice production. These impacts are anticipated to increase markedly in coming years according to current projection models. Much of Myanmar’s rice is grown in the low-lying Irrawaddy Delta, a region where the poorest also occupy the most marginal and flood prone land. Recent research has identified poverty as the root cause of vulnerability in the Irrawaddy Delta, but climate change acts as the trigger event to spawn migration of individuals in poverty.

Migration of the poorest to urban areas, particularly Yangon, has been increasing substantially in the past years despite many not lacking the state issued permits to do so. After cyclone Nargis a huge influx of poor migrants escaping the devastation moved to Yangon, straining city's services and infrastructure. Through domestic migration the population has grown from an estimated 3.5 million in 2000 to well over 6 million and is expected to grow by another 39% by 2031. To meet this, the government has embarked on initial financing for a large $1.6 billion development called New Yangon City on the south bank of the Yangon River, which, at 10 metres lower, has remained farmland because of flooding risks.

This project aims to explore the deployment of climate change as knowledge discourse in modes of governance through nation-building projects, rural-urban migration and processes of transformation under appropriation. This exploration will take place in Myanmar.

Using the New Yangon City Development for context, the research will: