Opportunities and challenges for Canada to exceed its Paris Agreement target 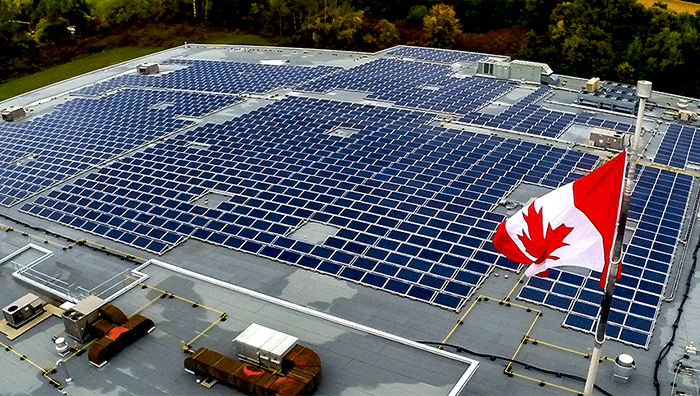 Canada’s Paris Agreement pledge or nationally determined contributions (NDC), submitted by the previous government to the United National Framework Convention on Climate Change (UNFCCC) on 15 May 2015, includes ‘an economy-wide target to reduce our greenhouse gas emissions by 30% below 2005 levels by 2030’. Conjecture surrounds the likelihood of Canada achieving this target. Some climate models and policy papers have found that Canada will likely fall short of this target, while some policy insiders strongly suggest that Canada will achieve this target quite easily. The Prime Minister of Canada, Justin Trudeau, elected on 19 October 2015, has repeatedly said publicly that he wants Canada to ‘take on a new leadership role internationally’ on climate change, including in Canada’s National Statement at the 21st Conference of the Parties (COP21) in Paris. Based on these international climate leader overtures, this briefing paper assumes that Canada will at least meet its Paris pledge. The Parliament of Canada ratified the Paris Agreement on 5 October 2016.

Climate modellers from the University of Melbourne, the Potsdam Institute for Climate Impact Research, and the International Institute for Applied Systems Analysis have calculated the average of Canada’s fair shares of the global emissions reduction burden, and found that Canada would need to reduce emissions by 51% below 2005 levels by 2030 to ensure consistency with the 2°C goal, and 69% for the 1.5°C goal. They have also calculated that reducing emissions in the range of 51-69% would place Canada at the forefront of G20 climate ambition, and as a leader for the ratcheting-up process of the Paris Agreement.

By 2020, Parties are invited to either communicate a new NDC, or re-communicate or update their existing NDC. The facilitative dialogue in 2018 provides a vital opportunity to provide the information, conditions and political signals necessary to empower Parties to enhance their ambition by 2020. This process provides an opportunity for Canada to take on a leadership role internationally on climate change.

This briefing paper highlights the opportunities and challenges for Canada to exceed its Paris Agreement target.