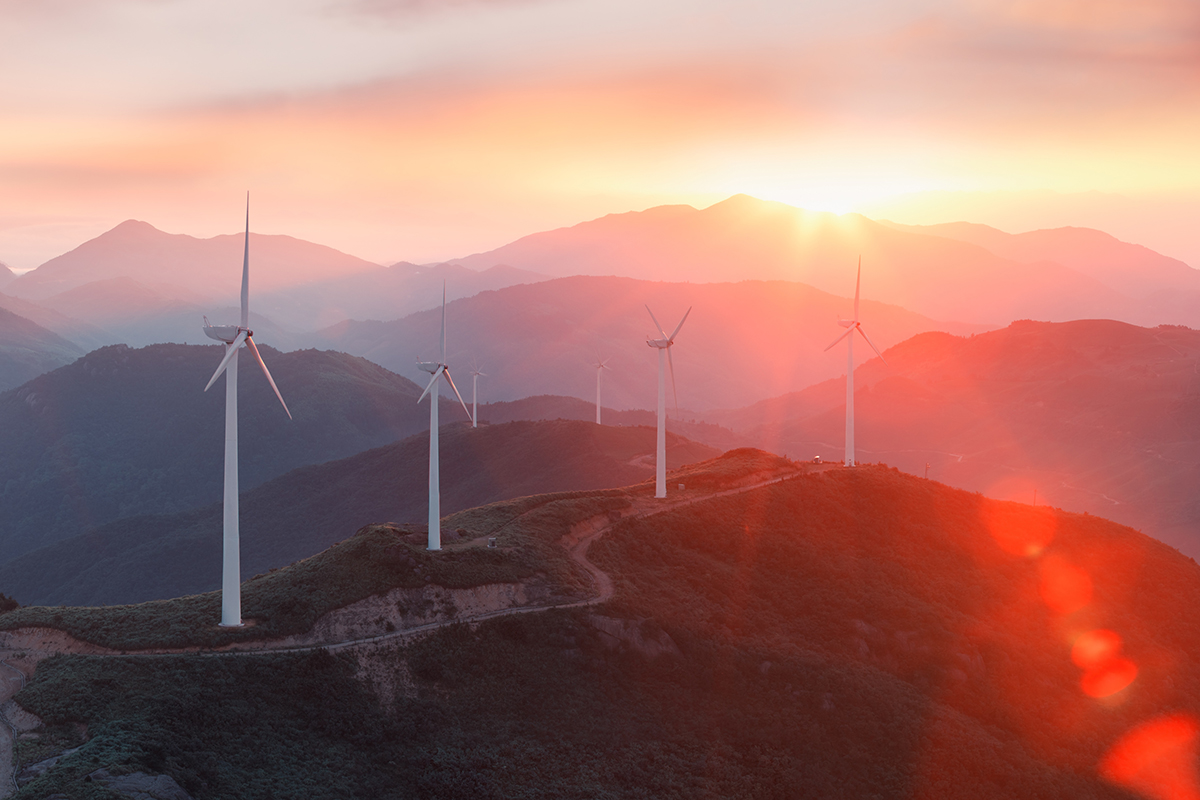 Prof Ross Garnaut delivered a six-part seminar series on the challenges and opportunities of energy transition in Australia. The seminars, also be available by webinar, built the case for energy transition calling on knowledge of climate science and studies of the economic benefits of mitigation.

A sectoral analysis - covering in particular the electricity sector, transport and industry, and agriculture - will draw out the economics of technological innovation, the falling costs of renewable energy, and the capacity for sequestration in the land, with insight into the role of the mineral sector in strengthening Australia's position in a low-carbon economy.

The seminar series will be turned into a book, available later in the year. Find out more about the book and pre-order a copy.

The first lecture begins with an outline of the tangled history of climate change policy in the world and Australia. This leads into discussion of what we have learned about climate change and the global and Australian response to it over the last decade. The climate science has become more certain without expected outcomes changing much—although there is now greater focus on the risks of feedback effects leading to extreme outcomes. The applied science is now attributing increasing frequency and severity of some extreme weather events to human-induced climate change, and this is changing the politics of climate change in many countries, including Australia and the US where distortions in the communication of scientific knowledge by vested and political interests had been extreme.

The progress of applied science, increased evidence of the impact of climate change, more complete understanding of the ethical issues and realisation that costs of mitigation are much lower than anticipated have been expected have kept alive the possibility of effective action globally and in Australia—although Australia’s position remains weak when measured against comparable countries. The international momentum has been broadly maintained since the election of President Trump, and three decisive electoral events in Australia in the second half of 2018 may represent a turning point.

Lecture 2 - The Complex International and Domestic Economics of Climate Change

This lecture begins with a discussion on measuring the costs or benefits of action to reduce damage from climate change and acknowledges some of the questions raised concerning the economic value of mitigation, in particular, what level of temperature rise compared with pre-industrial levels is economically justified. The discussion considers the case for international trade in emissions entitlements and examines the economics of technological innovation and its relevance to the transition to a low-carbon economy. It also discusses the role of public institutions such as ARENA and the Clean Energy Finance Corporation.
Finally, the lecture discusses how the historic twenty first century fall in the cost of capital favours renewable energy sources over fossil fuels, which in turn supports the transformation of land-use and more generally favours action to secure the interests of future generations.

There has been a surprising rate of reduction in the costs of solar, wind and storage for electricity. Within this context, this third lecture considers the prospects of a zero carbon Australian electricity sector by 2040 and the implications for electricity prices compared with an electricity sector still heavily dependent on fossil fuels. The Australian electricity sector has the potential to become more secure and reliable with the effective application of new technologies. In particular, Australia’s exceptional advantages in renewable energy resources facilitate a competitive advantage in energy-intensive industry that will be greater in the new low-carbon economy than in the old fossil energy economy. The lecture concludes by considering the problem and costs of policy instability in Australia.

This lecture considers Australia’s comparative advantage in energy-intensive processes through the conversion of its own minerals into higher value, for example, through the use of biomass as an alternative to fossil hydrocarbons as a base for plastics and industrial materials. Further, the lecture discusses how Australia’s advantage in renewable energy and biomass production can extend to advantage the industry and transport sectors.

Lecture 5 - Transforming Land Use and Food Production and Consumption

Growth in global population and incomes are putting pressure on land resources. This is contributing to and being intensified by climate change. Consequently, transformation of land use and food consumption are important dimensions of a response to climate change. Australian scientific skills in biology and botany can secure the Australian transformation and extend it internationally.

This lecture discusses the opportunity for sequestration of carbon in Australian soils, pastures, woodlands and savannahs, and forests. It overviews the history of land-use sequestration policy since the Climate Change Review to the Federal and all State and Territory Governments  (Cambridge University Press, 2008). It considers the role of changing dietary choices and relative food prices in the context of rising incomes in developing countries. Through opportunities, such as harvesting the miraculous properties of the Australian blue gum and mallee, the hardest challenge in Australian and global decarbonisation can be met while greatly expanding economic opportunity in rural Australia.

Australia is particularly well positioned for the global energy transition. The countries rich endowments for renewable energy and biomass alternatives to fossil fuels coupled with its complementary economic structure make it the natural home for the transition. As an increasing proportion of global industry make the switch, Australia must learn how to make use of its advantages. How then should Australia move forward to meet its potential?

The last lecture in the series discusses the difficult global challenges for the new economy and Australia’s role in meeting it. It addresses the significant role of policies in unlocking Australia’s potential in the energy transition. The discussion will outline how effectively constructed and implemented policy can create a robust green economy while positioning Australia as a hub and leader of the transition.