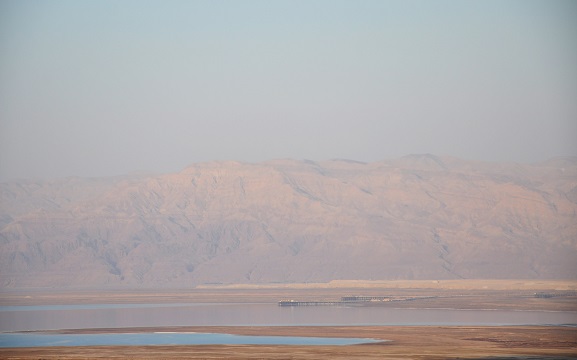 Gidon Bromberg, co-founder and Israeli co-Director of EcoPeace Middle East, gave a lecture on the subject of the recently released EcoPeace report on “Climate Change, Water Security and National Security for Jordan, Palestine and Israel”.

This event was co-sponsored by the Melbourne Sustainable Society Institute and the Master of International Relations program, Faculty of Arts.

Gidon Bromberg is the co-founder and Israeli co-Director of EcoPeace Middle East. Through EcoPeace, Gidon has made an outstanding contribution to environmental sustainability in one of the most challenging environments imaginable. Focusing on sustainable transboundary water management, Gidon has spearheaded successful advocacy campaigns on the Jordan River, the Dead Sea and the water crisis in Gaza.

Gidon has written extensively on the relationship between water issues and Middle East peace and has presented before the US Congress, European Parliament and UN forums. An attorney by profession, Gidon is an alumni of Monash University Law School in Australia, Washington College of Law at American University and Yale University's World Fellows program. He was chosen by Time Magazine as an ‘Environmental Hero’, is a recipient of the Skoll Award for social entrepreneurship, and, in 2018, was the recipient of Stanford University’s most prestigious environment prize, the Bright Award.