University of Melbourne scholars have been researching both bushfires and environmental change, and provide facts on the recent bushfire crisis. 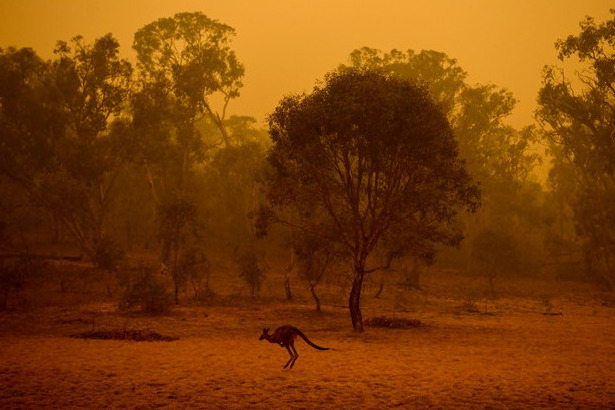 In the last decade, the incidence, severity and scale of bushfires has rapidly increased internationally. Australia is among the most fire-prone countries in the world.  In fact, bushfires increased in frequency by 40% in the five years to 2016.

This growth in bushfires reflects the international failure to adequately respond to climate change by reducing greenhouse gas emissions. Australia in particular has one of the weakest targets amongst developed countries, despite its relative wealth and institutional capacity to respond.

The 20 warmest years on record have been in the past 22 years. Scientific evidence unequivocally links human-caused climate change to the increasing risk of frequent and severe bushfires in the Australian landscape, with a rise in bushfires predicted a decade ago.

As of 22 January 2020, the 2019–2020 bushfires have emitted 400 megatonnes of carbon dioxide into the atmosphere, equivalent to 75% of Australia’s average annual carbon emissions.

As of the end of January 2020, fires have resulted in  the following tragic impacts:

Where to from here?

Action is urgently needed on a number of fronts:

There is a need to cut global greenhouse gas (GHG) emissions by 7.6% every year for the next decade to meet the IPCC target of 1.5°C, in order to reduce some of the more destructive impacts that would occur at 2°C. To do it's fair share, Australia needs to reduce GHG emissions by as much as 65% below 2005 levels, by 2030.

MSSI research shows that the economic benefits of a transition to a low-carbon economy easily outweigh the costs. Australia has the opportunity to be a global economic leader in renewable energy and has the potential to reach 100% renewables in little more than a decade.

Australia needs a new approach to bushfire that enables a collective, whole of government and community response to the prevention, planning, response and recovery phases of bushfire. There are multiple causes of catastrophic bushfires and thus multiple responses are needed. These responses are well beyond the resources and capabilities of fire services, where the bulk of responsibilities have been left to date.

Understanding the causes of fires due to climate change

International trends suggest that at least 85% of bushfires are ignited by human activities through accidental, reckless or malicious lighting. In the past, many fire ignitions remained small and could be controlled relatively easily.

As a result of climate change, the heat, dryness, low humidity and wind conditions mean that an ignition is more likely to turn into a bushfire and become large and very hot, unable to be extinguished without a significant rainfall. Fires are generating  more fires through flying embers, and changing local weather through storms and dry lightning.

Prevention should be the key priority

Fuel reduction burning is important but complex and needs more research. Conditions have been so extreme this season that fires have still burnt through areas where hazard reduction burns were completed earlier in the year. There is some evidence that prescribed burning may be setting up an increase in fire risks in the future, through vegetation changes.

An improved, nuanced approach, is needed similar to the mosaic, low heat burning in selected areas that was undertaken in the past by Indigenous Australians. This, however, needs to be adapted for the very different landscapes and built environments across Australia.