Australia’s natural environment is in an “overall state of decline and under increasing threat,” according to a major review into the effectiveness of the nation’s environmental protection and biodiversity laws. 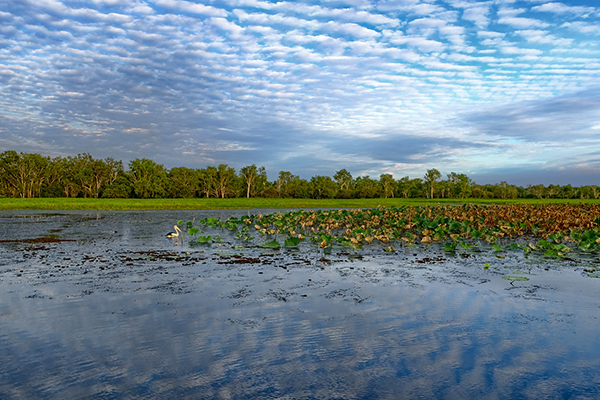 “The evidence received by the Review is compelling. Australia’s natural environment and iconic places are in an overall state of decline and are under increasing threat. The pressures on the environment are significant—including land-use change, habitat loss and degradation, and feral animal and invasive plant species. The impact of climate change on the environment is building, and will exacerbate pressures, contributing to further decline. Given its current state, the environment is not sufficiently resilient to withstand these threats. The current environmental trajectory is unsustainable.” [Interim Report p3]

Given the scale of the challenges, questions remain about whether proposed reforms, and even a wholesale overhaul of the Act, can sufficiently address the myriad of issues facing Australia’s environment and biodiversity.  In particular, the effectiveness of reforms to the EPBC Act will also depend on complementary reforms by the Australian Government in areas such as water, energy and climate change.  It is disappointing therefore that there are no recommendations to extend the list of Matters of National Environmental Significance (MNES) which play a pivotal role in triggering the obligations of the national government for environmental protection.

Key preliminary views and findings in the Interim Report include:

The Interim Report recognises that the EPBC Act is not fulfilling its objectives regarding the role of Indigenous Australians in protecting and conserving biodiversity. Reforms and a move away from tokenism, to ensure a stronger participatory role in environmental governance are welcomed, as is co-design of such reforms with Indigenous peoples. To this end, opportunities to expand existing access and benefit-sharing agreement measures under the EPBC Regulations, in-step with expanding environmental markets, should not be curtailed. The Review presents an opportunity to appropriately value and prioritise the immense expertise of Australia’s first peoples.

Devolution of Assessment Powers to States and Territories

Preliminary views in the Interim Report on a suggested devolution of environmental assessment powers to States and Territories may require further clarification and specification. The Report notes, ‘[e]fforts have been made to harmonise and streamline with the states and territories, but these efforts have not gone far enough’. Currently there is a mechanism (bilateral assessment agreements) that allows impact assessments by State and Territory agencies to be used to inform Commonwealth decision-making. The national government at present retains an independent role in approving projects which are known as ‘controlled actions’.  The independence of Commonwealth approvals is important as projects may be initiated or supported by state and territory governments, and without the oversight role of the Commonwealth, the projects would be assessed and approved only by the state or territory government that may be supporting the project. Maintaining a separate approvals function gives an appropriate level of transparency and accountability in line with the national responsibilities of the Commonwealth for the protection of  MNES, especially given the demonstrated extent and rapidity of the decline in Australia’s biodiversity.

Even if robust National Environmental Standards can be implemented, resources and capabilities across States and Territories differ significantly and this can contribute to inconsistencies and inefficiencies, particularly in relation to compliance and enforcement. Also, the resource implications of developing robust standards underpinned by independent, scientific evidence should not be underestimated. Effective and independent compliance and enforcement will be integral to achieving the outcomes envisaged by the Interim Report. There are a number of institutional models for regulatory agencies that remain at arms-length from government in order to strengthen compliance, accountability, and public trust in the organisation, with a prominent example being the Australian Competition and Consumer Commission. Such models could be used in conjunction with the EPBC Act.

The Interim Report proposes a new independent regulator be established. However, it appears that the focus of the proposed new national regulator will be on policing the States’ and Territories’ implementation of national standards and devolved arrangements. This will shift general compliance functions and burdens to the States and Territories, again with funding implications for the many, already stretched, state and local planning and environment agencies.

Establishing national standards may be useful, however, the proposed breadth of matters for which standards may be created (including in relation to judicial review) and the proposal that these be set by the Environment Minister creates challenges. The proposal for Ministerial standard setting may intensify current transparency concerns around Ministerial discretion, for example in regard to the listing of species and habitat under the EPBC Act. Further, the Interim Report does not discuss how new national standards may complement the role of the National Environment Protection Council and its National Environment Protection Measures (NEPMs), which have operated in relation to pollution and other environment protection matters since the mid 1990s.

Addressing the Act and broader drivers of decline

Australian and international businesses are advocating for green economic recovery from COVID-19. Innovation and ambition in reforming Australia’s national environmental law must be coupled with ambition in relation to addressing the broader structural drivers of decline, including policy settings and investment drivers related to natural assets.

Emily Gerrard is a Director and Principal Lawyer at Comhar Group Pty Ltd, and a member of the MSSI Advisory Board. She is an environmental and climate change law specialist with extensive experience in native title, Indigenous land use agreements, renewable energy and resources projects.