Seminar: Time for a Paradigm Shift? Reflections on the Post-2020 Biodiversity Framework

MSSI hosted an online discussion on the latest developments for a post-2020 global biodiversity framework. 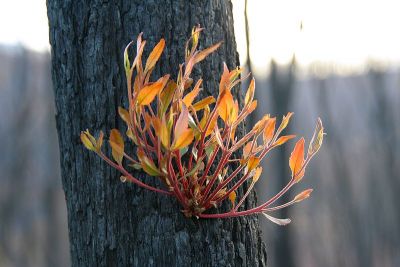 As biodiversity loss worsens around the world, conventional conservation strategies are coming under increasing scrutiny. At the centre of debate is whether these strategies can do enough to protect the variety and variability of life on Earth – the biodiversity that humans are part of, and that sustains us all.

A new global biodiversity framework is now being developed under the United Nations Convention on Biological Diversity (CBD). The framework’s theory of change acknowledges that its implementation will require the involvement of Indigenous peoples and local communities, among other non-state actors. But does it go far enough in its departure from conventional conservation strategies to halt or reverse biodiversity loss globally, and protect life on Earth?

An online discussion hosted by MSSI on 27 October covered the latest developments at this month’s 15th Conference of Parties to the CBD (COP15), and the implications for conservation in Australia and around the world. The seminar brought together First Nations conservation leaders, scholars and negotiators to share their experiences in conservation research and practice, while reflecting on ways to effectively address the problem of biodiversity loss.

Catch up via the recording below:

Emily Gerrard is a Director and Principal Lawyer at Comhar Group Pty Limited, an Australian-based legal and policy advisory firm. She is an environmental and climate change law specialist with extensive experience in land use and development, environment and biodiversity regulation, native title and land rights, as well as climate change resilience and adaptation incentives. Emily holds qualifications in both law and science and has worked with listed companies, First Nations, agri-businesses and farmers, as well as international, national and sub-national governments. She has a detailed understanding of international law and instruments (particularly in relation to climate, biodiversity and the seas) and their domestic implementation. Emily is the Chair of the Melbourne Sustainable Society Institute Advisory Board. She is also an Affiliated Expert with the UK Government’s “UK PACT” program (Partnering for Accelerated Climate Transitions) and a non-executive director of the EarthWatch Institute Australia. Emily was also a member of the Australian Sustainable Finance Initiative technical working group on sustainable finance.

Brendan Kennedy is a Tati Tati Traditional Owner with deep knowledge and extensive work experience in the areas of Indigenous culture, language, art, science and advocacy. He is currently a Tati Tati delegate and Deputy Chair of the Murray Lower Darling Rivers Indigenous Nations (MLDRIN), and recently joined the Melbourne Sustainable Society Institute as Enterprise Principal Fellow in Cultural Economies and Sustainability. He is a member of the First Peoples Yulendj Group, who collaborated with Museum Victoria to produce the award-winning First Peoples exhibition; and has served on the Aboriginal Cultural Heritage Advisory Committee. Brendan has been instrumental in elevating the profile of First Nations Water Rights in the Murray Darling Basin and working with a range of government and utility agencies to enable opportunities and outcomes for Indigenous communities.

Hon Dr Janine Felson is a Research Fellow with the Melbourne Sustainable Society Institute. Her primary focus is on integrating global policy for sustainable development, climate change and oceans through new or improved financial frameworks and governance structures. Prior to joining MSSI, she served as a senior diplomat in the foreign service of the Government of Belize for over two decades, representing Belize as Deputy Permanent Representative to the United Nations, leading advocacy by the Caribbean Community and the Alliance of Small Island States, and becoming an alternate Board Member to the Green Climate Fund. She has aimed to enhance the global understanding of the unique challenges of SIDS in the face of climate change and the rapid deterioration of ocean resources as well as biodiversity at large through political advocacy, technical research, and broad stakeholder engagement. Janine received her juris doctor from the University of Wisconsin School of Law in Madison, Wisconsin and her Certificate of Legal Education from the Norman Manley Law School in Kingston, Jamaica. She is admitted to the State Bar of Wisconsin and the Bar Association of Belize. In 2007, the Government of Belize conferred upon Janine the title of Ambassador.

Prof Tom Kompas is a Professor of Environmental Economics and Biosecurity in the School of Biosciences and the School of Ecosystem and Forest Sciences at the University of Melbourne. He is one of three Chief Investigators in the Centre of Excellence for Biosecurity Risk Analysis (CEBRA), and is the Research Group Director of the Centre for Environmental and Economic Research (CEER) at the University of Melbourne. After serving as Director of the Crawford School of Public Policy at the Australian National University from 2009 to 2015, he is now Foundation Director of the university’s Australian Centre for Biosecurity and Environmental Economics. He is a Fellow of the Academy of Social Sciences Australia, and a recipient of the Eureka Prize in Science.

Prof Brendan Wintle is a global leader in conservation ecology and ecological modelling research toward species conservation. He is a Professor in Conservation Ecology at the University of Melbourne, recent Director of the National Environmental Science Program Threatened Species Recovery Hub, and one of the Principal Investigators in the Quantitative and Applied Ecology group (QAECO). He is interested in uncertainty and conservation decision making and has published on a wide range of technical and policy issues around conservation and natural resource management, including optimal conservation investment, optimal monitoring and adaptive management, systematic conservation planning, population viability analysis, and habitat modelling and mapping. Brendan’s expertise is recognized both internationally and closer to home in Australia: he is regularly sought after by government, civil society, popular media, industry and NGOs to provide expert input, has been invited to lead work for the Intergovernmental Science-Policy Platform on Biodiversity and Ecosystem Services (IPBES) assessment, and serves as a delegate to the Convention on Biological Diversity (CBD).