Climate Adaptation and the 2030 Horizon 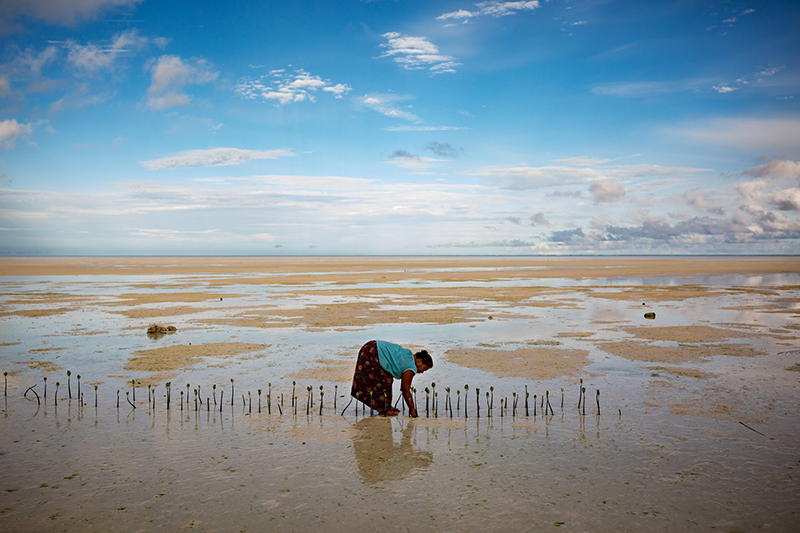 With the projected impacts of climate change expected to accelerate and intensify within the next decade, the imperative of adaptation is more urgent now than ever.  The Paris Agreement, intended to strengthen the global response to the threat of climate change, establishes a global goal on adaptation of enhancing adaptive capacity, strengthening resilience and reducing vulnerability to climate change. This webinar will showcase perspectives on adaptation from Australia to the Pacific islands and examine the types of action and investment required to support implementation on time and at scale. Looking toward 2030, what is at stake? What are the major adaptation challenges and solutions?  What investments will be needed?  What role should public sector or private sector play, at the domestic and international levels, in addressing the adaptation finance gap?

Tearinaki Tanielu is the Director for Multilateral Affairs of the Kiribati Ministry for Foreign Affairs and Immigration. He is a former United Nations—Nippon Foundation Fellow and an Alliance of Small Islands States Climate Change Fellow, during which time he was based in New York and followed negotiations on climate change and oceans. He has served as Advisor to the Kiribati Permanent Representative to the United Nations and as Consultant to the International Seabed Authority, on secondment from his Government. His areas of expertise include climate change, oceans governance, law of the sea, and natural resources development.

Tina Eonemto Stege serves as Climate Envoy for the Government of the Republic of the Marshall Islands. Tina also serves as International Liaison for the Marshallese Educational Initiative (MEI), a non-profit in Springdale, AK that was created to blend scholarly research with practical outreach efforts to create awareness of Marshallese issues on the international stage. Tina has worked on projects for the Pacific Islands Forum Secretariat, the U.S. Department of the Interior, the RMI Government, the Asian Development Bank, Greenpeace, and the American Museum of Natural History.  In all her work, Tina aims to support and strengthen island communities by promoting informed and sustainable choices in all areas and by all members of the community.

Djarra Delaney is from the Quandamooka people of Minjerribah, North Stradbroke Island, and his upbringing emphasised the importance of community activities to respond to the effects of climate change. After completing an Arts degree at the University of Queensland, he was the Aboriginal and Torres Strait Islander Community Engagement Coordinator at the Bureau of Meteorology. Djarra was a CSIRO 2017 Indigenous STEM Professional finalist, and completed his Masters of Environment in 2019 at the University of Melbourne. In January this year, Djarra left the Bureau of Meteorology to pursue a PhD at Melbourne University looking at how climate adaptation poses an opportunity for Indigenous peoples to decolonise environmental discourse and planning on their homeland.

Genevieve Mortimer is a Project Manager at Climate-KIC Australia. Her careers spans impact assessment, research, finance, stakeholder engagement and sustainability strategy in the mining, forestry and energy sectors in Australia, the UK and Germany. She takes a systems perspective, integrating technologies, investor mindset and organisational change strategies to solve complex problems. This diverse background is connected by one core idea: applying systems thinking to address complex problems. The main project Genevieve has managed over the last two years is the Adaptation Finance Project which aimed to identify and demonstrate ways the financial sector can invest in climate adaption to deliver both commercial returns and community resilience.

Professor Jon Barnett is an Australian Research Council Laurate Fellow in the School of Geography at Melbourne University. As a political geographer, his research investigates the impacts of and responses to environmental change on social systems in the Asia-Pacific region. Jon has twenty years of experience conducting field-based research in several Pacific Island Countries, and in Australia, China and Timor-Leste. Jon's research has helped explain the impacts of climate change on cultures, food security, inequality, instability, migration, and water security, and ways in which adaptation can promote social justice and peace. He was a Lead Author of the chapter on Human Security in the IPCC Fifth Assessment Report, and he co-edits the journal Global Environmental Change.