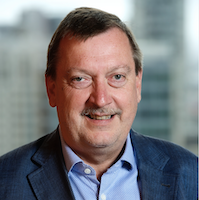 Leo Goedegebuure is a Professorial Fellow at MSSI and the Centre for the Study of Higher Education (MCSHE). Since January 2020, he has been Editor-in-Chief of Studies in Higher Education, one of higher education's leading journals owned by the UK-based Society for Research into Higher Education and published through Taylor & Francis. He leads a global team of four Associate Editors and two Special Issues Editors.

Until 2020 he was director at the LH Martin Institute for Higher Education Leadership and Management, established at the University of Melbourne in 2008. From 2008 onwards Leo has built up the LH Martin Institute together with Foundation Director and long-term friend and research-partner Lynn Meek. He was responsible for the design and development of the Institute’s suite of award programs and the majority of its executive programs and research projects. Following Lynn's retirement, Leo was appointed Professor and Director of the Institute in 2012.

Leo’s research interests are in the areas of governance and management, both at the systems and institutional level, system dynamics including large scale restructuring policies, university-industry relationships and innovation policy, and institutional mergers. Most of his work has a comparative focus, both within and outside of Europe, which has resulted in a strong international network. He is an auditor for the Hong Kong Quality Assurance Council and has been a member and rapporteur for the OECD tertiary education review of New Zealand. He has worked as an expert on governance and management in Central and Eastern Europe, the Russian Federation, Africa, South East Asia and South America on projects initiated though the European Commission, the World Bank and UNESCO.

Leo is currently co-director, with Bruce Wilson (EU Centre of Excellence, RMIT University), of the Gippsland Smart Specialisation Strategy project, commissioned by the LaTrobe Valley Authority. More detailed information about this project can be found here.